We can fix corruption in Congress, but we need to win in the states first.

Will you pledge to stand with the thousands of Americans who are taking our fight to the states in 2016?

In a recent investigation on state-level corruption, 11 out of 50 states got an “F.” Not a single one scored higher than a “C.” It’s bad, but when we fix the states, we’re one step closer to fixing the whole country. 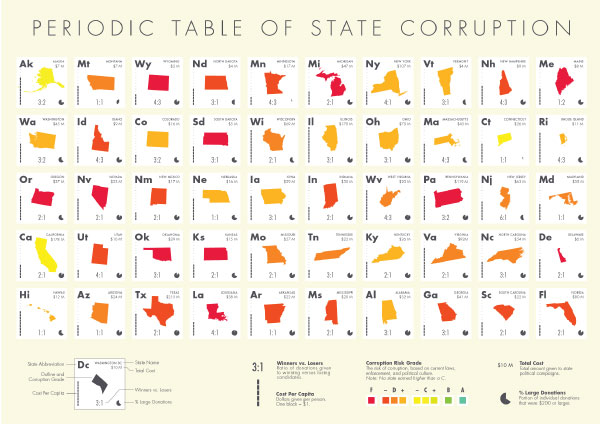 The Center for Public Integrity’s State Integrity Investigation found that in most states, ethics and open records laws are riddled with loopholes while the government agencies meant to enforce them are often toothless and underfunded. Many states that earned poor grades could see improvement if Anti-Corruption Acts are enacted.

By using the Ballot Initiative Process, we can go around the legislature and put Anti-Corruption Acts up to a simple public vote. Ballot initiatives truly put the power back in the hands of the people.

Will you add your name to support RepresentUs members statewide anti-corruption work in 2016?

Winning takes all of us:

I pledge to support RepresentUs members across the nation who are working to pass local and state Anti-Corruption Acts.