We have some celebrating to do!

Volunteer-led campaigns from Maine to San Francisco succeeded in passing legislation to protect their communities from corruption. Months of hard work from concerned citizens and volunteers of all political orientations paid off in a big way.

These victories prove that when conservatives and progressives come together, we can go around Congress and fix our corrupt political system together.

Mainers for Accountable Elections, a nonpartisan coalition of hundreds of passionate volunteers, spent months organizing events, knocking on doors, and getting out the vote across the state. On Tuesday, Mainers overwhelmingly approved a comprehensive statewide ballot initiative to revitalize Maine’s landmark Clean Election Act, raise fines and penalties for special interests that break election rules, increase transparency for political donations and, mostly importantly, keep control in the hands of the people.

Voters in San Francisco, California supported the Expenditure Lobbyist Measure, a ballot proposition that cracks down hard on lobbyists by ending secret lobbying in city politics and lays the groundwork for future anti-corruption reforms. Friends of Ethics, a local ethics watchdog, partnered with Represent San Francisco and other volunteers to qualify the measure for the ballot and ensure its successful passage.

In Seattle, a nonpartisan, local coalition successfully passed the I-122 ballot initiative. Honest Elections Seattle sought to reduce conflicts of interest and create a more representative local government by passing a law modeled after the American Anti-Corruption Act. And they were successful! The new law cracks down on special interests and lobbyists, increases transparency, and includes an innovative change to election funding that lets individual voters choose to participate in the city’s publicly funded elections. 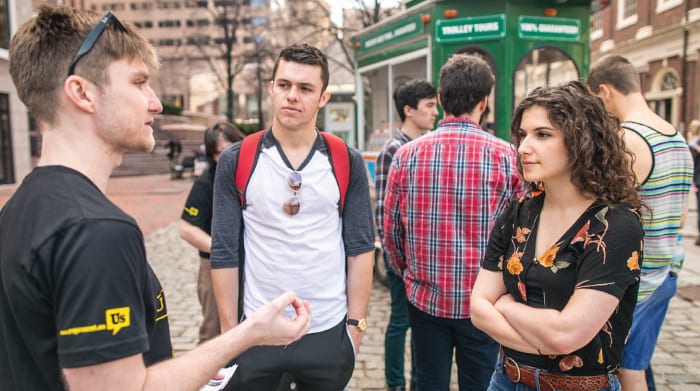 Local, grassroots victories are how we fix our corrupt political system. Together, we’re building a movement of conservatives, progressives, and everyone in between, fighting for a future where political outcomes are decided by the best ideas, not the biggest bank accounts.

Each victory is significant in its own right. Together they demonstrate a collective desire to combat corruption and draw attention to the growing movement taking hold across our United States of America. To fully realize a nation “of, by, and for the people” we must go around the intractable gridlock and corruption in Congress and take the fight home to our communities, where our power is greatest.

Will you help make the next wave of victories possible?

Be Part of the Next Victory

Become a volunteer and work with people near you to pass an Anti-Corruption Act.